This article about youth sports training was taken from Mark Mclaughlin’s Performance Training Center blog page.  Link to the Post.   Mark is easily one of the top 20 physical preparation coaches in the country, most likely a top 10 coach.  This post does a fantastic job of providing quotes from experts as well as stats outlining the injury issues in high schools sports caused by stupid training by uneducated and unqualified coaches. The best most knowledgable coached should be running our youth sports performance training programs.

Using the U of Alamaba’s football(or any other major collegiate program) workout which was designed for a 21-22 year old man, who has trained year round at Alabama for 4-5 year straight, isn’t what a 14-18 year old underdeveloped athletes should be doing.  Watching some youtube videos of some internet marketing idiot who qualifications consist of a weekend certification and a speed ladder doesn’t mean that you can train young athletes.  (Frankly, the guys who I considered to be in the Top 10 in the US don’t even have a youtube page.  …well, maybe 1 of them does).  What if one of the coaches played major D1 football?  Maybe that means that the coach may have known how to squat or do a basic power clean when they were in college because they were taught by a qualified coach. That doesn’t mean that they are qualified to coach a bunch of underdeveloped athletes who have never been taught the skill of squatting or Olympic Lifting.  Knowing is one thing, coaching is another. Coaching large groups in something completely different.  Additionally, if that coach played D1 football, he’s a very gifted/talent athlete.  There may be one D1 athlete in the entire football program at that school.  If there are more than one, that is the exception, not the norm.  Trust me, it’s a lot easier teaching/training athletes at Alabama than it is at a club community college.

Lifting Weights or Improving Young Athletes Athletic Ability Through Proper Performance Training? Weights are a tool in the toolbox.

Even the majority of the local and national “sports performance facilities” are clueless.  Sure they MAY be qualified to teach the basic lifts.  They are essentially clueless in regards to training the energy systems of the athletes or the biological system as Mark states in his article.

Frankly his comments pertaining to the training of biological system are over most of the heads of the “professional” coaches in the US.  Not the actual comment but the actual application of the training of those systems and how they apply to not only the sport, but the individual athletes and the specific demands of their positions within each sport. That’s a mouthful!

Frequently things are stolen/copied from our site, so I’m not going to reveal some of the basic methods or the tools that we use at Umberger Performance.  It’s not a secret.  The same methods and tools are used daily in Europe and Australia.  It will turn into “We are doing it now” which really means that “they” have no clue.   Because you own Dale Earnhardt Jr’s race car doesn’t mean that you are qualified/skilled enough drive it at 200 mph on an empty track, let alone with other drivers.  I used to think that energy system training didn’t matter.  That’s when I was a “weight coach”.  As a physical preparation coach, I’ve come to understand a global picture in improving human performance.  As the saying goes, “the more that you learn, the more you realize how little you actually know”. 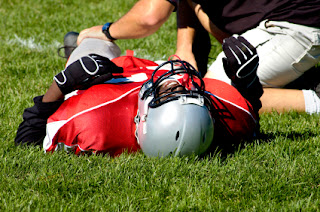 Dr. James R. Andrews related in the New York Times that he:
“Now sees four times as many overuse injuries in youth sports as he did just five years ago and that more children today are having to undergo surgery for chronic sports injuries.”

I have witnessed first hand, pressure from local high school and youth coaches who make off-season workouts mandatory. If the athletes have not attended these workouts,  playing time will be lorded over them. With 38 million young people participating in sports in the US and nearly 1 in 10 injured annually, something is wrong both in the approach and education being taken and given to these coaches who are so instrumental in the development of the athlete and who can make or break their careers. Over 60% of all injuries happen during practice with athletes between the ages of 15-18 having the highest rate and severity of injury.

With coaches making off-season training mandatory at their school do they have a complete understanding of the biological needs of their athletes and how to go about attaining them? Do they understand why the cardiac system is vitally important for athletes? Is all stress taken into account when deciding what exercises and intensity to put them under? Should a 15 year old be doing the same type of training as the 18 year old senior?

The Journal of the American Academy of Pediatrics says:
“Overuse injuries, over training, and burnout among adolescent athletes are a growing problem in the United States.” 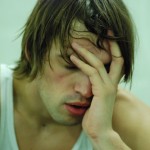 Having athletes train in the off-season is a must in order for them to develop the necessary physical qualities needed to display their skill without fatigue during both practices and games. Yet most high school training programs in the Portland area focus solely on either strength development, flexibility, agility (SAQ, SPARQ), or a host of other training methods which never clearly address the development of the biological power. While training may be mandatory, clearly the physical preparation the athletes go through limits them attaining their physical potential.

Are these mandatory programs clearly working to optimize the athletes full athletic potential? What means are used to determine if the off-season program was truly successful? Most programs look at purely physical output (maximum strength in the “big three” bench, squat, power clean) and if these lifts went up then the off-season was a success. Yet other biological systems were not stressed (cardiac, hormonal, metabolic) so yes the athlete maybe able to squat 400 lbs one time but he will not have the biological power to display this strength over a 60-90 minute game.

Text from parent of an athlete who was going to train at PTC:
“Hey I’m trying to figure out with his coach what their training thing is. The coach wants all the kids training with him from what I hear. I will keep you posted.”

I feel for all the high school student athletes because the odds of them reaching their full potential based on the statistics does not look promising. What is confusing is that the coaches want their athletes to perform at high levels and yet they do not provide the training structure for them to succeed. As coaches we need to continue striving to have the athlete’s best interest in mind when making mandatory what potentially could be inhibiting their full athletic potential.